What is the oldest recorded chess problem

Today Monday will be the second round
played in the theme tournament.
Opening: Scandinavian Defense 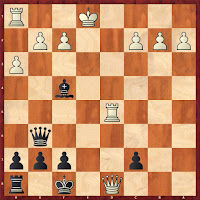 played in 1475. But whether the game was actually played or is just a poem can no longer be judged today!

. He died in 1506. Narcis was born between 1442 and 1447 and was a politician and writer. In 1495 King Ferdinand recommended him for the position of «Justica Criminal». He was married to Brianda de Santangel, Niece of the banker who financed Christopher Columbus' trip.

(or the «Chess of Love»), a Catalan poem that describes the first modern game of chess.