Stunt week has started in GTA Online. There you can earn 500,000 GTA dollars pretty quickly - if you have a little behind the wheel.

This is currently going on in GTA Online: GTA Online is now running stunt week, which is actually pretty self-explanatory. You can collect a lot of GTA money and rewards for particularly daring maneuvers. This applies, among other things, to stunts with motorcycles and cars, but also to cool actions with a parachute.

Here's how to get the $ 500,000: To bag the half a million in GTA Online, you simply have to complete any five monster stunts during the week. Monster stunts are huge jumps in certain places on the map. A popular monster stunt, for example, is jumping into the airport parking garage. You can find possible monster stunt locations here in the video from “Just Jake Club” on YouTube:

To get credit for the stunt, you have to land as accurately as possible and not allow yourself to make any mistakes. It takes a little skill, but good stunt drivers should get the money quickly. In order to achieve the necessary speed, it is worth using a fast vehicle.

These bonuses are also available: The stunt week not only rewards monster stunts, but also other activities. For example, you get double GTA dollars for parachute missions. You will also get a Bigness Jackal sweater for free if you take part in a parachute mission (you should get it by April 14th, if you have earned it). All parachutes, parachute backpacks and parachute smoking options are also free during the stunt week.

You also get triple GTA dollars and RP in the "landing zone" mode. You also enter the landing zone by parachute jump and then have to defend it. The triple reward is also available for a whole week.

Do you want to make more money? Then here are the quickest ways to make money in GTA Online. 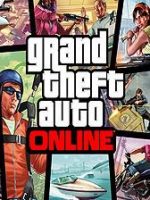 GTA 5 Online stands for a huge game world, the content of which is constantly being expanded with new, free updates. In this open world, players can choose for themselves ...