How big is the Cosco shipping company

Size should help in a crisis. In the midst of the global economic downturn, with weak growth in China and gigantic overcapacities in international ship transport, a new giant shipowner has started operations in Shanghai. The China Cosco Shipping Corporation (Coscocs) was created through the merger of two state-owned companies.

The new number four in global container shipping has 180,000 employees, twice as many as the industry leader Maersk from Denmark. The new fleet: 830 ships. Maersk and Japanese rival Mitsui don't even cut it in half. 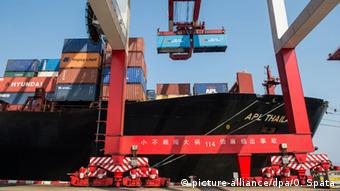 In the port of Shanghai

Last December, the government in Beijing approved the merger of the state-owned shipping companies Cosco and China Shipping Group. Both partners are heavily indebted and both have made heavy losses recently. Still, the new group has a market value of almost $ 22 billion - Maersk brings it to $ 12 billion.

Mergers around the world

The crisis in the global transport sector is also driving competition to mergers. The French group CMA recently took over its competitor NOL from Singapore. Large parts of the Chilean shipping company CSAV were swallowed by Hapag Lloyd from Hamburg. The entire German industry still has a good 3,000 ships and 86,000 employees.

Prices have been falling in the container business for years. Companies want to reduce costs through size. That is why not only the corporations are growing, but also the ships. You can hold more and more containers. But it is also becoming more and more difficult to send them on their way fully laden. Shipowners often make losses with tours.

Drewry, a consultancy specializing in the industry, estimates that the global container shipping industry will lose $ 5 billion this year. 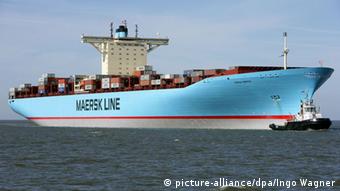 Ship of the industry first Maersk

Nevertheless, the shipping group Cosco, which is part of the new shipping giant, recently took over the entire port of Piraeus in Greece for a purchase price of around 360 million euros. Cosco's debts are seven times that of the port.

The Chinese apparently want to open up new business avenues. This week it became known that Cosco was also planning to take over the Greek rail network. Observers emphasized that the group would then have connections from the Suez Canal via the Balkans to Central and Eastern Europe.

For the container market, the experts at Drewry also expect falling freight rates in the longer term. Because of the weakening economy in China and other large emerging markets, supply will continue to be much greater than demand.