Does the domestic cat threaten biodiversity?

Up to 200 million birds are said to fall victim to cats in Germany every year. In the interview, NABU bird expert Lars Lachmann talks about the topic. 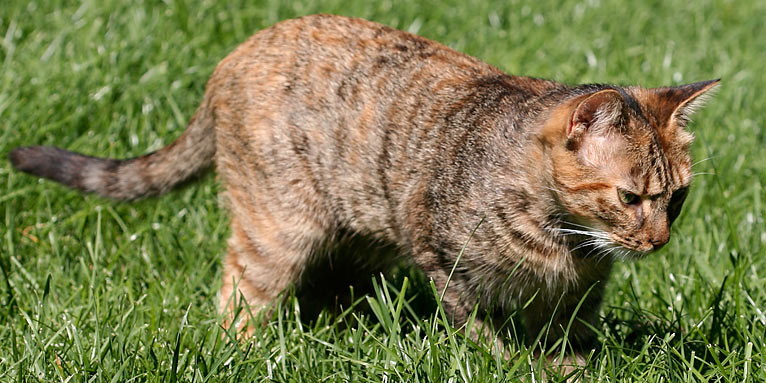 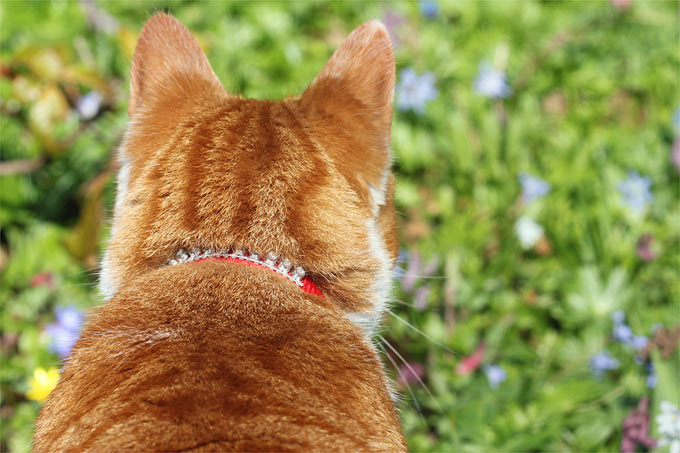 Cat in the garden - Photo: Helge May

Lars Lachmann is a bird expert at NABU. The studied landscape and open space planner has been active in bird protection for 30 years and is responsible for many bird protection projects worldwide. He began his professional career at NABU in the international department. After positions at the NABU partner organizations Royal Society for the Protection of Birds (RSPB) in Great Britain and Ogólnopolskie Towarzystwo Ochrony Ptaków (OTOP) in Poland, Lachmann has been working for NABU again as a national bird protection officer since 2012. In the interview, the ornithologist comments on the current discussion about the threat to bird life from cats.

There has been lively discussion in the media about whether cats pose a serious threat to our biodiversity. How can you explain the sudden interest in this topic?

A study was recently published in the United States. It found that between 1.4 and 3.7 billion birds and between 6.9 and 20.7 billion small mammals are killed by cats each year in the United States. Since the cat is a very popular pet, such news is of course grateful food for the media. There they immediately spoke of the cat as a "killer" and an "assassin". In the meantime, there are also rough estimates that assume that 200 million birds are killed by cats per year in Germany.

As a NABU bird expert, what do you think of these numbers?

These absolute numbers can be discussed for a long time. But I tend to think it's too high. Based on a little more than 400 million individual birds in Germany after the breeding season, every second bird would have to be killed by cats. If one assumes that cats mostly hunt in settlement areas, according to these figures, every bird there would have to be eaten by cats.

However, it is pointless to discuss the absolute figures, because one cannot in any case directly infer from the number of animals killed that one or more species are threatened. In order to obtain a scientifically sound result on this question, one would have to develop a population model that includes bird populations, reproduction rates and other causes of death. That did not happen in this study.

Does that mean our cats keep their cuddly image?

Not at all. In any case, it is to the merit of the study to at least make the scale of the problem clear to us and to bring it to public awareness. In some countries, especially on islands, such as New Zealand, where the animal world knows no land predators, cats introduced by humans are definitely the certain death for many, sometimes flightless, bird species.

In Germany, the situation is different, as we have always had numerous land predators, including the rare European wildcat, for example. We do not have any flightless bird species, and therefore cats will probably never completely eradicate any bird species from us.

Nevertheless, cats can seriously damage the bird population in some places due to their unnaturally high populations due to human supplementary feeding. There is no natural predator-prey balance here, as in case of doubt cats can always find enough to eat at their home food bowl or in people's rubbish.

But you have to see the overall picture: only in human settlement areas are cats a factor to be taken seriously that can partially lead to a decline in bird populations. In fact, the bird populations are increasing there, while they are decreasing, especially in the agricultural landscape, but also in the forest. It would therefore be far too easy to blame cats for these declines. The greatest threat to biodiversity is and remains the continuing deterioration of habitats by humans.

So there is no need for action?

Yes, absolutely! Bird populations in the settlement area, and perhaps also in immediately adjacent parts of the agricultural landscape, are in many cases certainly lower than they would be without cats. In extreme cases with very high cat density, it may even appear as if there are almost no birds left in the gardens.

It should also not be forgotten that feral domestic cats are an existential threat to our rare wild cats, as hybridizations of both species occur time and again in the forest, which can ultimately lead to the extinction of the real wild cats.

When you think about what to do, the first thing you have to realize is how the 14.8 million domestic cats in Germany are divided up: The “house cats” are harmless to the bird world. Outdoor hunters who still have a home hunt only to pass the time. The greatest problem for the birds is posed by feral domestic cats. They are forced to meet their nutritional needs almost completely by hunting small animals, apart from human waste. If the numbers of feral domestic cats could be reduced, the problem would certainly have been reduced to a tolerable level.

What measures should be taken from your point of view?

An optimal result would be achieved with comprehensive programs for the castration or sterilization of all feral domestic cats combined with a corresponding castration and labeling obligation for domestic cats with free access. This would lead to the fact that the population of feral cats would decrease significantly in a short time, and there would also be no more "replenishment" from outdoor cats who produce offspring with the feral cats. Incidentally, neutered cats also show significantly less “hunting fever”.

Have you already gained practical experience with this problem solving anywhere?

The city of Paderborn is proceeding in this way and has had consistently positive experiences with it. Numerous other municipalities are now introducing corresponding municipal ordinances based on the Paderborn model. Recently, this has also been possible at state level. The problem of feral cats can be contained without killing a single cat, and bird conservation also benefits. For this reason I am a strong supporter of the Paderborn model, which, by the way, also corresponds to the position of the German Animal Welfare Association on the subject.

Wouldn't it be an effective solution to have a cat keeping tax that has been levied lately?

Apart from the fact that the introduction of a cat tax would neither be socially enforceable nor administratively worthwhile, NABU does not consider a cat tax to be very effective. The introduction of this tax would even be counterproductive, as this would lead to the release or repudiation of domestic cats by cat owners who do not want or cannot afford such a tax. This would provide additional supplies to the overgrown domestic cat populations, which are particularly dangerous for the bird world.

Much more effective would be the already mentioned neutering and labeling requirements for all free cats. With this solution, cat owners also contribute financially to reducing the problem through the costs of this neutering, and in a much more targeted and effective manner than through a cat tax, the income of which would first disappear in the public budget.

Apart from neutering, what can people do to keep their outdoor cats catching fewer birds?

If cat owners consistently ensured that their cat was not outside in the morning hours from mid-May to mid-July, the birds would be very helpful, because then most of the fledgling young birds are out and about!

A bell on the collar at least prevents healthy adult birds from being caught, but it is not very pleasant for the cats. Those who play a lot with the cats also reduce their hunting ambitions. Endangered trees with bird nests can be secured with cat-repellent cuff rings. Many native shrub species, such as hawthorn and wild roses, are armed with thorns and thorns and thus protect the brood of many free breeders in a natural way.

Do you have questions?