What is your rating of Alpine Linux

Alpine Linux, a free and independent distribution for routers, servers and virtual environments, was ported to ARMv7 in version 3.9.0. She also switched back to OpenSSL from LibreSSL.

Alpine Linux is a community-developed, free and non-commercial operating system for routers, firewalls, VPNs, VoIP computers, servers, virtual machines and containers. It has proactive security features that prevent security gaps in the software from being exploited. It is based on musl and busybox.

Alpine Linux has existed since at least 2010, when version 2.0 was released. The distribution's download archive goes back to version 2.4. Alpine Linux is characterized above all by the fact that it is kept minimalist. It is aimed primarily at developers and is therefore likely to have remained unknown to many users. Due to its compactness and simplicity, it has meanwhile also become interesting for many for use in virtual machines, containers or chroot environments. Alpine Linux exists in different versions for different architectures, but also as output for routers and servers, which runs completely in RAM. PostmarketOS, which wants to create a real Linux system for Android-compatible smartphones with long-term support, is one of the users of Alpine Linux.

The new version 3.9.0 supports the ARMv7 architecture for the first time. Modloop is now signed and GRUB support has been improved. Also of importance is the removal of LibreSSL from the distribution, which brings OpenSSL back. While the announcement itself does not explain anything further, the developers gave numerous reasons for the change on the mailing list. LibreSSL is no longer a compatible replacement for OpenSSL and has probably annoyed some application developers with constant incompatible changes in the interface. In OpenBSD, where the developers control the source code of the entire project, such changes may work, but not in a larger environment. In addition, the problems that OpenSSL had at times have now been resolved. Support for the FIPS standard is also an argument in favor of OpenSSL. 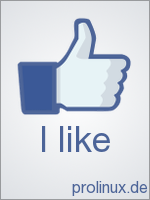