What is Cantabria Spain famous for 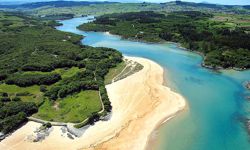 For nature lovers, Santander has something extraordinary to offer, wonderful natural treasures await you there. Rias, beaches, mountains, bays and forests form a landscape rich in contrasts that has been preserved in its natural state. A paradise for lovers of the mountains and also of the sea. It is actually something for everyone who loves being in contact with nature.

We have written a short summary of some of the parks and reserves in Cantabria for you to give you a little insight into what to expect there.

The marshland of Santona and Noja
The name marshland refers to the marshy coastal area around the city of Santona and the Victoria and Joyel marshes of the city of Noja. Due to its high ecological value, this area has been protected since 1991, as it serves as a winter refuge for a large number of water birds - up to 80 species can be observed, including ducks and egrets.

National Natural Park "Picos de Europa"
This area, only declared a nature reserve in 1998, is the most important ridge of the Cantabrian mountain range and extends over three provinces: Cantabria, Asturias and Leon. The vast landscape of these mountains is home to abrupt bottlenecks as well as deep valleys and peaks over 2500 meters high. Its high ecological value is reflected in its oak and beech forests, which are home to extensive fauna, some of which are threatened with extinction, such as the brown bear and the capercaillie.

Saja-Besaya Natural Park
The park includes the water catchment area of ​​the Saja and Besaya rivers of the same name. A nature reserve since 1988, the area is home to dense oak and beech forests that are home to endangered fauna, such as the brown bear, the otter, the capercaillie and the golden eagle.

Cabarceno Nature Reserve
The almost moon-like and geologically extraordinary landscape of the Karst of Cabarceno, located in the west of the Pena Cabarga mountain range, has been home to an extensive zoo since 1989, which has become an attractive destination for tourists in recent years. This reserve is dedicated to fauna and can be easily visited by car (it has around 17 km of paved paths). Like the entire mountain range of the Pena Cabarga, the park consists of limestone that has undergone complex processes of karst dissolution and today shows an original and interesting picture from a geomorphological point of view. Fauna that are representative of Cantabria can be found on the grounds of the nature park: bears, wolves, deer, roe deer, chamois, wild boar ... The main attraction, however, is undoubtedly the park's exotic fauna: elephants, hippos, tigers, lions, birds, ostriches Hyenas, giraffes, zebras, camels, dromedaries, llamas, kangaroos, antelopes, rhinos, monkeys ... In contrast to other zoos, Cabarceno is characterized by the large area available to the animals as an almost natural habitat.

In addition, there are several lakes for trout fishing, a reptile room with an extraordinary collection of snakes, viewing hills, walking paths, a children's playground, a restaurant, parking lots and souvenir shops. 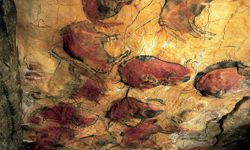 The Altamira Cave was the first of its kind with prehistoric wall paintings to be discovered by international archaeological science. Its finders, Marcelino Sanz de Sautuola and his daughter, were the first to see this cave ceiling full of colorful bison and other animals. After all the resistance that every surprising novelty encounters when it has to break through prejudices had been overcome, the astonishment of the cultural world was expressed in the admiring name “Sistine Chapel with Art from the Quaternary Age”. This name has rightly been preserved to this day.

The cave is home to one of the most outstanding European and international art treasures from the Paleolithic Age, with a nearly three-hundred-meter-long tour where you can admire hundreds of works of art in the form of engravings and paintings, made in times long past, during the Solutréen and Magdalenian periods , painted by people on the walls and ceilings. The cave is divided into four main sections with different sizes and shapes: the large entrance hall, which was buried in collapse some 10,000 years ago; an impressively large hall with its multicolored paintings; the fountain hall and finally a narrow and deep gallery at the end of the cave called Ponytail. The whole cave complex runs on a fairly horizontal level, the height differences are barely five meters in total.

It is almost unbelievable how many and good plastic means the artists in the age of the Magdalenian had at their disposal to achieve such a high degree of perfection and excellent quality as is expressed here in these works of art, starting with the use of natural relief and the color of the rock, or the simple engraving of profiles, to the use of red and black paint in different intensities through rubbing, scratching and washing out techniques. 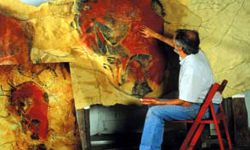 The replica of the cave, the so-called “Neo-Cave”, is integrated into a modern, interactive museum, equipped with all the possibilities for exhibition and demonstration that modern technology has to offer, combined with the best collection of objects and furniture art from the Paleolithic Age.

The remarkable building was designed by Navarro Baldeweg and has every possible service of a modern museum: laboratory, renovation workshop, specialized library, sales room and cafeteria. Thanks to the intensive efforts on the part of public and private institutions, both in the autonomous community and nationwide, in Cantabria everyone who is interested is now offered the excellent opportunity to get to know the most internationally outstanding example from the cultural treasure of the region. Altamira is close to the splendid medieval town of Santillana del Mar, easily accessible from the Santander motorway. 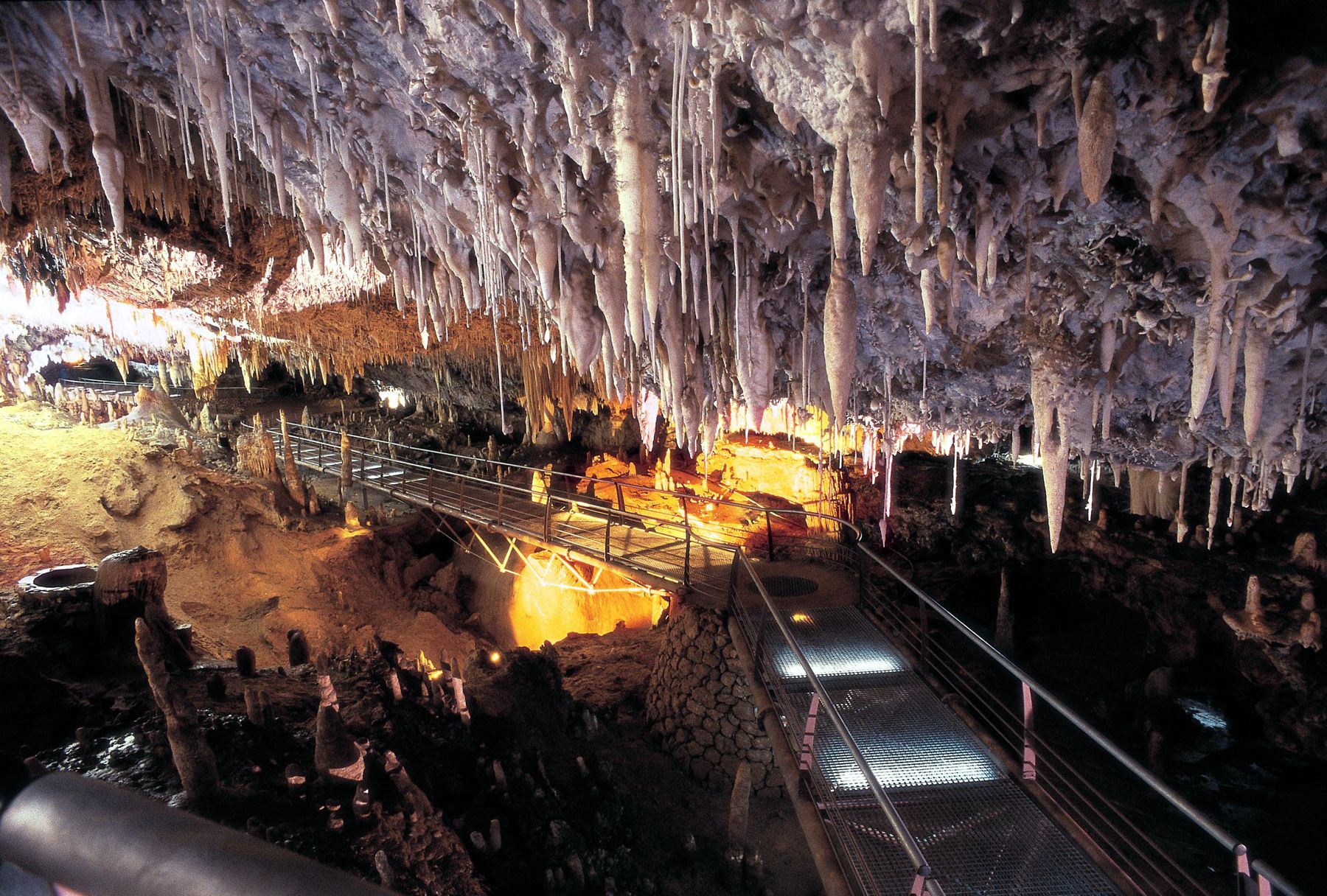 When a mining gallery meets a natural gallery, there is a strong draft, which in the jargon of the local miners is called "Soplao" (Blaser). The El Soplao cave is located in the west of Cantabria, in the municipal areas of Valdáliga, Rionansa and Herrerías. This includes the entire mine called Minas de La Florida, a large mine that was mined from the mid-19th century to the late 1970s.

It was opened to the public by the Cantabrian regional government in 2005 and has a length of 15 km. This cave represents the culmination of a natural underground development process over millions of years in this region. The entire cave is characterized by extremely complex, eccentric concretions of delicate beauty, which are in perfect harmony with gravitational forms (stalactites, stalagmites, columns, rock tongues and veils of bubbles) exist.

The main cave spaces are: Gorda, Los Fantasmas, La Coliflor, Los Italianos, Campamento, El Órgano, El Bosque, El Tejo, La Ópera, El Puente ... However, nowadays only the first two, the “Thick Hall” and “The Ghosts” can be visited on a 60-minute, 1,500-meter-long tour. You can get into the cave with a mining train. 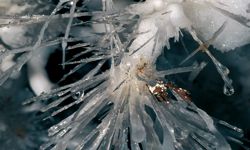 For visitors who would like to take a little more risk, there is the adventure route, a 3,000-meter-long route on which one can explore the most fascinating corners of the cave. The unique thing about the El Soplao Cave is the very special beauty of its eccentric formations, which are here in an unbelievable variety and quantity. Small crystalline threads of calcite and aragonite in intense white intersect in a random way and are distributed over the whole cave in an incomprehensible arrangement and in a lawless way on the ceilings and walls. The zone known as the "False Bottom" represents the culmination of the crystallization system in the cave.

Thousands of eccentric shapes decorate a unique area that has been named "Sistine Chapel of the Underground World", based on the universal cave of Altamira. An exceptional amber deposit (Rábago) was recently discovered in the area known as the “Soplao Territory”, with numerous fossil inclusions of insects, arthropods, pollen and plants from the Late Cretaceous (110 million years ago).

The spectacular amber with its bluish-purple color and enormous luminosity makes this site one of the most valuable in the world. At the request of the relevant institutions, guided tours for study and research purposes through around 30 kilometers long galleries on 7 levels are organized in the mining area.

Altamira, while the most important example of prehistoric art in Cantabria, is not the only one. After the Altamira Caves were declared a World Heritage Site by UNESCO in 1985, nine other caves in Cantabria have received this valuable cultural award: Chufín (Riclones), Hornos de la Peña (Tarriba), Monte Castillo (in Puente Viesgo, including the Caves include Las Monedas, El Castillo, Las Chimeneas and La Pasiega), El Pendo (Escobedo), La Garma (Omoño) and Covalanas (Ramales de la Victoria).

In terms of the number and richness of these sites, Cantabria has one of the most important art treasures in the world in the field of cave paintings.

Cantabria has a valuable artistic heritage, both religious and civil. Starting with primitive hermitages carved into the rock, such as Arroyuelos or Santa María de Valverde, to the well-proportioned harmony of the Mozarabic churches in Lebeña and Bostronizo, the magnificent Romanesque collegiate churches of Santillana del Mar, Castañeda, Cervatos and San Martín de Elines to the mighty Gothic churches in the sailor towns of Castro Urdiales, Laredo and San Vicente de la Barquera.

It is also worth pointing out the interesting Romanesque route that runs through the central valleys of Cantabria. The casonas, of which numerous examples still exist, the baroque palaces of Soñanes and Elsedo, and the neo-Gothic one of Sobrellano are the most characteristic and valuable representatives of civil architecture in the region. The most impressive works are preserved in Comillas, such as the Universidad Pontificia or El Capricho, one of the first works by the brilliant Gaudí.

The Way of St. James and the Way of Santo Toribio 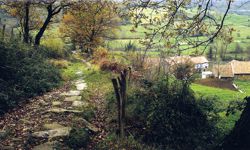 Cantabria forms part of the Camino de Santiago along the coast, the oldest of the pilgrimage routes. In Cantabria is the Santo Toribio de Liebana monastery, which was added to Jerusalem, Rome and Santiago de Compostela in 1512 by the bull of Pope Julius II, as one of the four places in Christianity where indulgences are obtained through pilgrimage can. Both this path and the Liebana path run through the same localities, which is why many pilgrims take the opportunity to receive both indulgences.

On the rental car tour - Green Spain - you have the opportunity to explore this area for yourself.

In contrast to the other indulgences, which take place with a fixed regularity, the Liebana indulgence is only granted if the feast day of San Toribio, April 16, falls on a Sunday.

During the holy year, the faithful come to venerate the relics “Lignum Crucis”, the largest piece kept from the Christ Cross and brought to the Santo Toribio Monastery in the 8th century, fleeing from the Muslim invasion. The Gate of Forgiveness, which is the entrance to the church of the monastery, is only opened in the holy year. It is through this gate that pilgrims enter and receive indulgence. The Camino de Santiago through Cantabria is part of the so-called “coastal path”, which, according to handwritten records, was used a lot in the Middle Ages to avoid meeting the Muslims. These traditions contain many chronicles about the pilgrims' journey through the Cantabrian land, including Francis of Assisi in the 13th century.