Ingestion of NAD can lead to biological immortality

Would you rejuvenate your body to be over 120?

Far too often, new technologies are simply there. We don't argue about it until it's too late. At 1E9 we want to change that. From now on we are regularly looking for emerging innovations in order to ask you beforehand what you think of them. It all starts with eternal youth, which is gradually becoming tangible. Find out what science is working on and decide: Would you let yourself be rejuvenated?

On September 5, the American trade magazine published Nature, which is rarely accused of dubious clickbaiting, a remarkable article. It could well mark a scientific turning point. Because the headline read: First indication that the 'biological age' of the body can be reversed.

The text is about a small study by the University of California in Los Angeles, the results of which have just been documented in a scientific article. For one year, a group of nine healthy men between the ages of 51 and 65 were given growth hormone along with two drugs for diabetes. This should determine whether the hormone can be used to restore the tissue in the thymus. The thymus is a gland between the sternum and the lungs - and a central component of our immune system. In it, white blood cells from the bone marrow mature into T cells that fight infections or cancer for our bodies. The problem: As we get older, the thymus atrophies - and with it our immune system. We get sick more often and eventually die.

The calculation of the Californian scientists around the human geneticist Steve Horvath: If the thymus can be brought into shape without harming the patient in any other way, it would have to be possible to slow down the aging process. However, the result of the study was unexpected. The subjects did not age more slowly. They even got younger than two and a half years. Their biological age, which was measured with the epigenetic clock, fell by an average of 2.5 years during the one-year experiment!

The scientists themselves warn against evaluating the result too euphorically. After all, they would have done without a control group and only observed nine test persons. Nevertheless, Horvath agreed Nature about the observation: "It felt kind of futuristic."

Are drugs coming soon to make us younger?

The current star among geneticists, on the other hand, commented on the results of the study as less surprised. The Australian Harvard professor David Sinclair, whose book The end of aging recently published, said on Joe Rogan's podcast: "One day we could be 80 - but biologically 30." To a reporter from Mashable he recently predicted an enormous increase in life expectancy: "At the turn of the century, it will be said that a person who is 122 years old on the day of his death has lived a full, if not too long, life." He himself wants to contribute to this afford, he has the Longevity Science committed to the science of longevity. 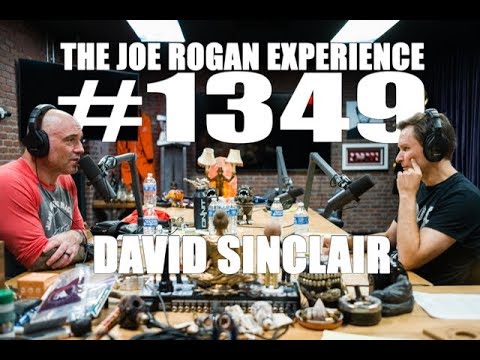 Sinclair himself focuses on a group of enzymes, among other things, in his research, which takes place not only at the university but also in his commercial company Life Biosciences and its subsidiaries: the sirtuins. These are intended to help combat a possible cause of aging: the older a person gets, the more “mistakes” happen to the body's cells when they reproduce themselves. Sinclair sometimes compares this to music CDs, which get scratched over time and can no longer be played properly. With the sirtuins he wants to polish away the scratches.

He wants to take advantage of the fact that the NAD molecule can activate the sirtuins - and is therefore looking for ways to ensure more NAD in the body. He has already discovered some. They are pretty common. The dietary supplement NMN or nicotinamide mononucleotide, which can easily be ordered online, is one of them. But also resveratrol, which was found in red wine. And metformin, a common diabetes drug.

Sinclair himself takes a dose of all three substances every day - and has also been able to convince friends and relatives of their effects. As a result, Sinclair reports time and again in interviews and talks, his father should have developed from a frail 70-year-old to a sporty, active 80-year-old who likes to travel.

Viruses could make us younger

Sinclair's Life Biosciences and its daughters have not yet brought drugs to market, but have raised $ 75 million in capital. But Sinclair is already predicting groundbreaking compounds that we will see over the next few decades. These include, for example, designer viruses that reprogram our genes so that we can become young again. At 30 you would be infected with it, but this would not have any effects at first. Because a "switch" would be needed to activate the reprogramming - for example in the form of a certain antibiotic. You could take that in your mid-40s.

Become a member of 1E9 now!

As a member, you support independent, future-oriented tech journalism that is created for and with a community of idealists, founders, nerds, scientists and creatives. You also get full access to the 1E9 community, exclusive newsletters and can be part of 1E9 events. From 3 euros (+ VAT) a month!

In making his prognoses, he also relies on the research of Juan Carlos Izpisúa Belmonte, a Spanish genetic researcher at the Salk Institute for Biological Studies in San Diego. The genetic reprogramming for body rejuvenation has actually already succeeded. At least on mice - even if they died within a few days (rejuvenated) after initial experiments or later developed fatal tumors. But the results improved, so that Belmonte and his colleagues were able to report in a 2016 study that treated mice lived an average of 30 percent longer.

"I think the child who will be 130 years old is already with us," said Izpisúa Belmonte recently to the MIT Technology Review . “It has already been born. I am positive."

Now it's your turn, dear members: It looks like it won't be a problem in the foreseeable future to be rejuvenated. Be it through medication, superviruses or other procedures. Maybe we could all live to be 120 years or older as a result. But: do we want that? Vote down below.