Are bags allowed in Broadway theaters?

Whether you are a jazz lover, want to see a musical on Broadway or prefer the opera, you will find something in New York. And that from amateur music to world level. Especially in Manhattan there is a huge variety of stages and cultural centers. A highlight for every New York vacation! 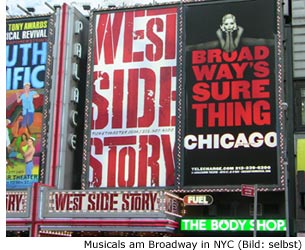 A real must for musical fans: going to a show on Broadway. What is listed here will mostly be a hit around the world. Pieces such as “Lion King”, “Chicago” and “Mamma mia” have been running successfully there for years. With over 40 Broadway stages, the choice is not easy.
In New York, theater performances are divided into three categories: Broadway, Off-Broadway, and Off-Off-Broadway. This is not only the name of the venue, but also the type of play (mainstream (Broadway) or experimental (Off-Off-Broadway)) and the size of the theater (Broadway = over 500 seats, Off-Broadway = 100 - max. 500 seats, Off-Off-Broadway = max. 100 seats).

Musical / theater tickets
How do you get cheap tickets quickly? 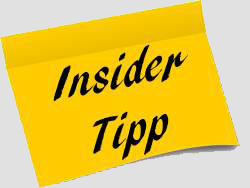 You can either book theater or musical tickets in advance on the Internet or buy them directly on site. For entry to a classic Broadway musical you have to calculate between 50 and 150 dollars, depending on the piece and seat. Buying tickets on site can be very time-consuming, not only because of the long queues. Since you can make better use of your precious time on your New York vacation, it is highly recommended that you buy tickets from home in the peace and quiet.

This website / online ticket retailer has a huge supply for New York. I always enter my travel dates on this page and then see at a glance what is on offer. That way, buying tickets doesn't take too long.
I prefer it too, I know in advance which event I am going to and when. In this way, you can plan everything around in peace, e.g. are there interesting things to discover about the theater?

Tickets to buy on site 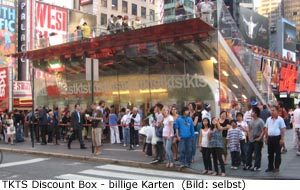 If you still want to buy on site: In Times Square there is a so-called TKTS Discount Box from the Theater Development Fund TDF, which offers Broadway and Off-Broadway tickets with a discount of up to 50%. It should be noted that tickets are not available for all shows and that the tickets are only valid for the day of sale. Long waiting times are to be expected, it is best to queue up early.

Another TKTS Discount Box is at South Street Seaport. There you can buy tickets for the evening performances on the same day or the afternoon performance of the next day. Opening times: Monday - Saturday 11 a.m. - 6 p.m., Sundays 11 a.m. - 4 p.m. How to get there: Subway - J, M, Z, 2, 3, 4, 5 to Fulton Street Station, A or C line to Broadway-Nassau Station. Take the M15 downtown bus on 2nd Avenue to the South Street Seaport stop. Note from our reader Olga R .: this TDF sales point does not currently exist (2014/2015), it was destroyed by Hurricane Sandy.

There is also a box from the TDF in downtown Brooklyn. Tickets for the evening performances on the same day or the afternoon performance of the next day are also sold here. Opening times: Monday - Saturday 11 a.m. - 6 p.m. How to get there: Subway - A, C, or F line to Jay Street-Borough Hall Station, M, R, 2, 3, 4, or 5 line to Court Street-Borough Hall Station, or M or R line to Lawrence Street.

Caution: In some cases, tourists are offered musical tickets or tickets at "special prices" on the street. However, I advise against buying them, as these cards are often invalid or illegal.

As with almost all other topics, New York is also a city of superlatives in terms of the number and variety of stages and venues. From the tiny backyard stage to the stages where history was made. In the following I would like to introduce the most important ones here in this travel guide:

Madison Square Garden in Manhattan - most famous arena in the world 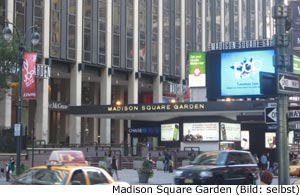 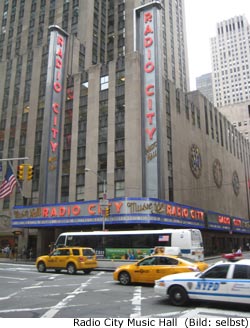 In 1932, the Radio City Music Hall was built in New York. It is part of the Rockefeller Center complex. Since it opened, a total of more than 300 million visitors have attended various stage shows, concerts, film screenings and other events. The Radio City Music Hall is also known as the “Showplace of the Nation” with seating for 5933 spectators. The MTV Video Music Awards are presented here every year. Celebrities such as Frank Sinatra, Ella Fitzgerald, Ray Charles, Stevie Wonder and Liza Minelli performed here.

The show dance group "The Rockettes", which is at home in the Radio City Music Hall, is also known. The Music Hall Christmas Show with the Rockettes is particularly popular. Attending a performance fits perfectly with an X-Mas shopping trip to New York City. Tickets for this cost between $ 50 and $ 250, depending on the seat. 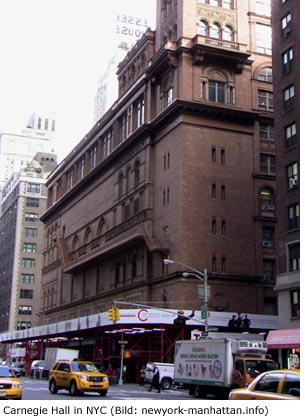 Since 1891, Carnegie Hall has been the address for classical music, jazz and pop concerts, and dance performances in New York City. Carnegie Hall has a total of three halls. The largest is the "Isaac Stern Auditorium" (2804 seats), the two smaller ones are called "Joan and Sanford I Weill Recital Hall" (268 seats) and "Judy and Arthur Zankel Hall" (599 seats). Philharmonic orchestras from all over the world play at Carnegie Hall. The most famous artists, composers and singers who have ever performed here include Peter Tschaikowsky, Nat King Cole, Duke Ellington, Frank Sinatra and Maria Callas.
You can also take a guided tour of Carnegie Hall several times a day. Tickets are $ 10 for adults and $ 3 for children under 12.