American television is the least censored

Russia, China, Iran, Vietnam, Cuba, North Korea: the list of countries in which the Internet is partially or even completely cut is long. "Governments around the world are trying to gain more and more control over what happens on the Internet," says Dutch data protection expert Joris van Hoboken. This is also related to the rise of autocratic systems.
The latest example of a move towards its own intranet is Russia. President Vladimir Putin signed a law in Moscow on Wednesday that would create an independent Russian Internet.

The Russian Internet traffic is to be directed accordingly in the future via servers in your own country. Russian Internet service providers would then have to ensure that they can centrally control the traffic within their networks. The law is to come into force on November 1st.

The Russian Internet service providers are said to be able to identify and combat potential threats. "Russia has thus created the legal framework to shut down parts of the Internet and to control the type of Internet that Russians can use in the country," says Van Hoboken. 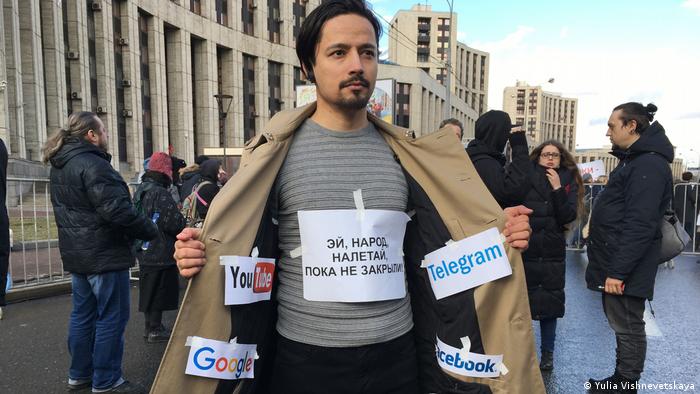 Demonstration for a free internet in Moscow

Russia has a very "successful" role model: China. The Asian country has developed a complex system of internet censorship for decades. The "Freedom on the Net" report from October 2018 by the non-governmental organization "Freedom House" describes China as "the country that abused freedom on the Internet the most in 2018". The country has its own platforms that are similar to Youtube, Whatsapp and Twitter, but on which critical content is blocked.

Young Chinese, who have never been abroad, only know big American platforms by hearing say. This allows the communist party to control exactly what information the Chinese receive. Own companies are more likely to adhere to the laws and regulations than internationally operating platforms.

But internet censorship also has economic reasons, says van Hoboken. "An economic power like China in particular has a great interest in strengthening its own industries. For example, the Chinese search engine Baidu is a very successful tech company." Restrictive measures on the Internet should not only have political reasons. 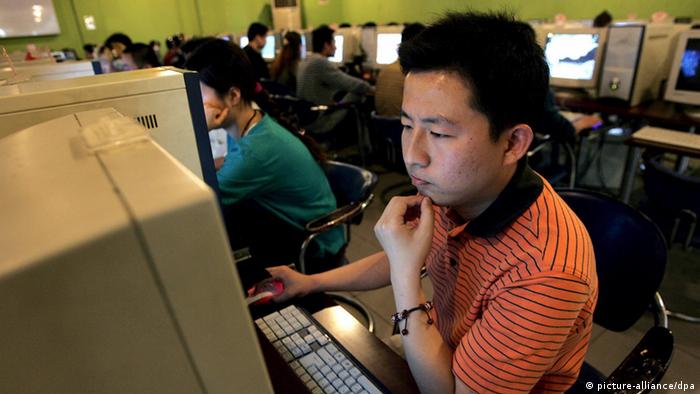 The regulation of the Internet has increased worldwide. The "Freedom on the Net" report found that in 2018 global internet freedom decreased for the eighth year in a row. Some countries, such as China and Russia, rely on their own intranet. Isolation is extreme in North Korea. The Internet includes only a few North Korean websites.

Most attacks on freedom on the Internet, however, were used to selectively regulate content, says expert van Hoboken. These could be political messages, but also sensible regulations for the protection of children. Interventions that reveal an infrastructure that is able to temporarily shut down the entire network are questionable, according to van Hoboken.

This is also confirmed by the "Freedom on the Net" report. In almost half of the countries where internet freedom fell, the interference was related to elections. Political instability is also used as a reason to control content on the Internet. In Sri Lanka, social media were temporarily switched off after the terrorist attacks to prevent rumors from spreading. 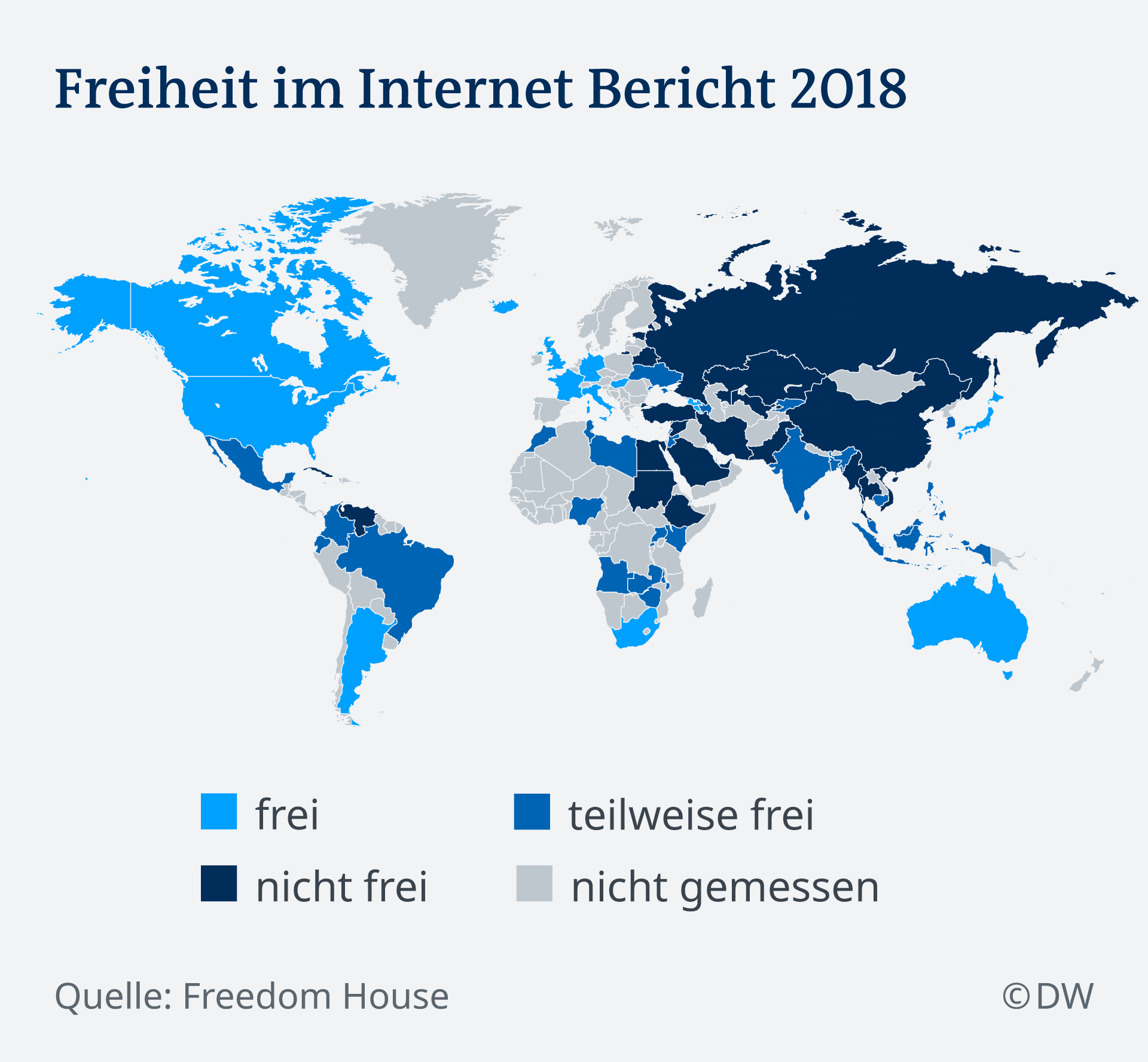 The European Union's upload filter is also controversial. "Regulations in the network must be well balanced between security, freedom and data protection", says the spokeswoman for network policy of the German party "Bündnis 90 / Die Grünen" Tabea Rößner. "But rules are needed on the Internet. Criminal acts must be prosecuted."

In 2015, the organization "Reporters Without Borders" launched the #CollateralFreedom campaign to circumvent online restrictions. Every year on "World Internet Censorship Day" (March 12), censored websites are made accessible. This year this was achieved on three platforms in Saudi Arabia, Pakistan and China.

Green politician Tabea Rößner sees reason for hope despite increasing controls and regulations on the Internet: "There will always be knowledgeable and smart people who find their way to bypass the controls on the Internet." It won't be easy: In autocratic systems in particular, the information network is becoming ever more tightly meshed.