What is a suppressed 22LR

FIREARMS: silencers in the field test

We had the opportunity to test some silencers in different calibers on the range with Storesafepeople. The silencers were from Ase Utra, Klymax and A-TEC, all European products. Since January 2019, a new weapon law has come into force in Austria that allows hunters to use silencers, as well as boosting business with the practical "whisper bags". Until now, silencers as prohibited items were only reserved for authorities. Now we can too. So let's go, let's work our way from small to large on our excursion. 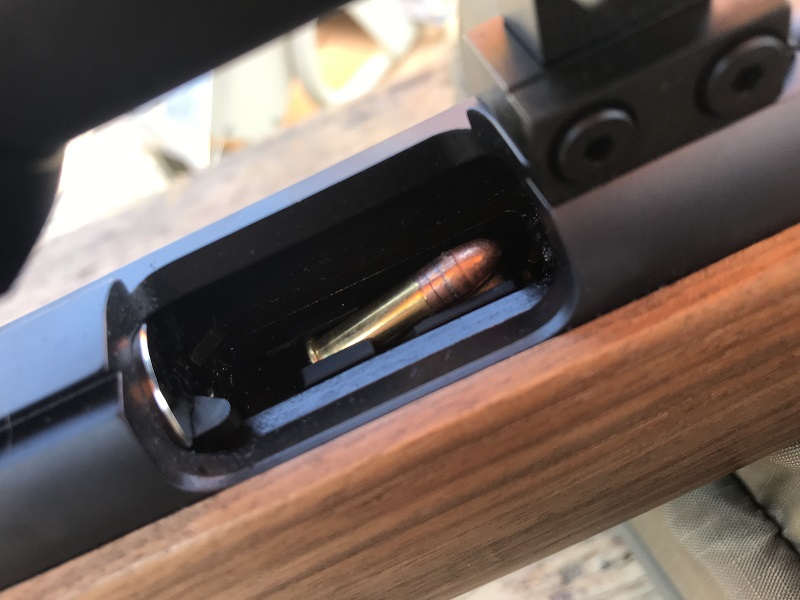 By small we also mean small, namely 22.LR - also called small caliber. A cheap cartridge that is very widespread and that is often underestimated in terms of volume. 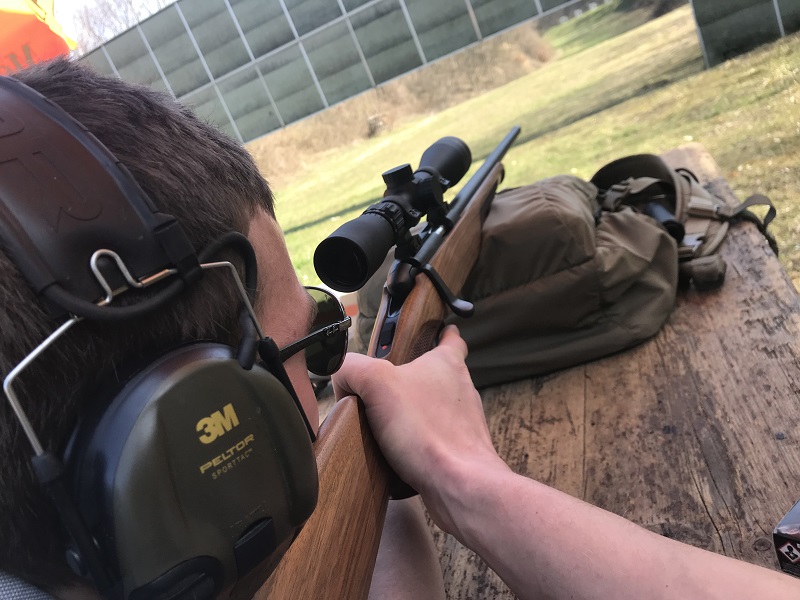 Bang, do it without a silencer. Compared to the large cartridges, it is rather quiet, but still beyond 130 decibels (dB), which are already harmful to the ear. After a few hundred shots without hearing protection - yes, unfortunately you see that again and again with hunters and other plinkers - the hearing can be very offended. 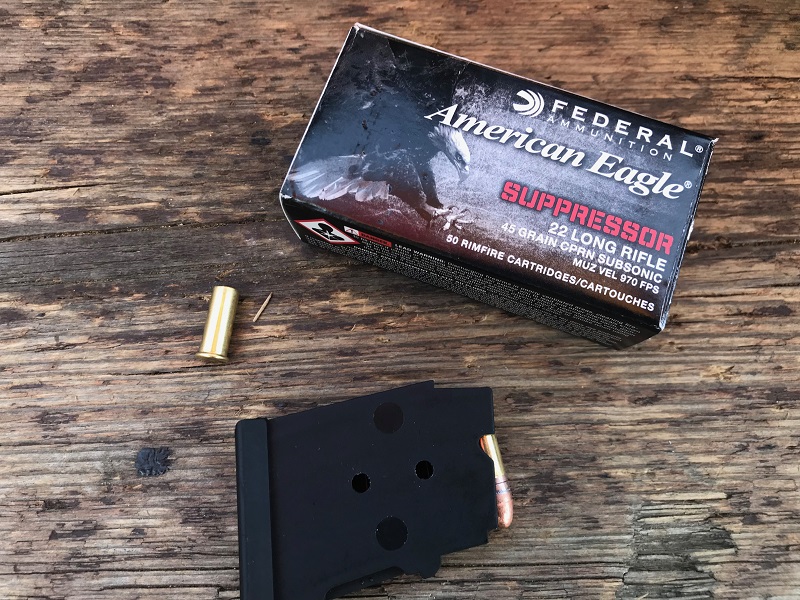 In our case, it was particularly quiet because special subsonic ammunition with a muzzle velocity of less than 330 m / s was used. So there is no sonic boom, otherwise it is also one of the major sources of noise when the shot is fired. 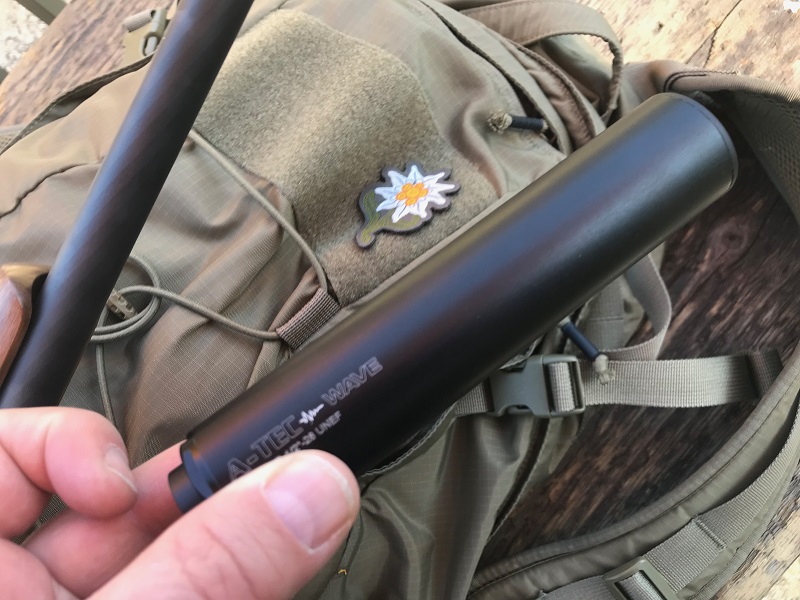 This small silencer from the Norwegian company A-TEC has been specially designed for small calibers and weighs only 98g with a length of 15 cm. Also works perfectly with normal supersonic ammunition. On the homepage linked above you will find all the statistics and specifications relating to the silencer. 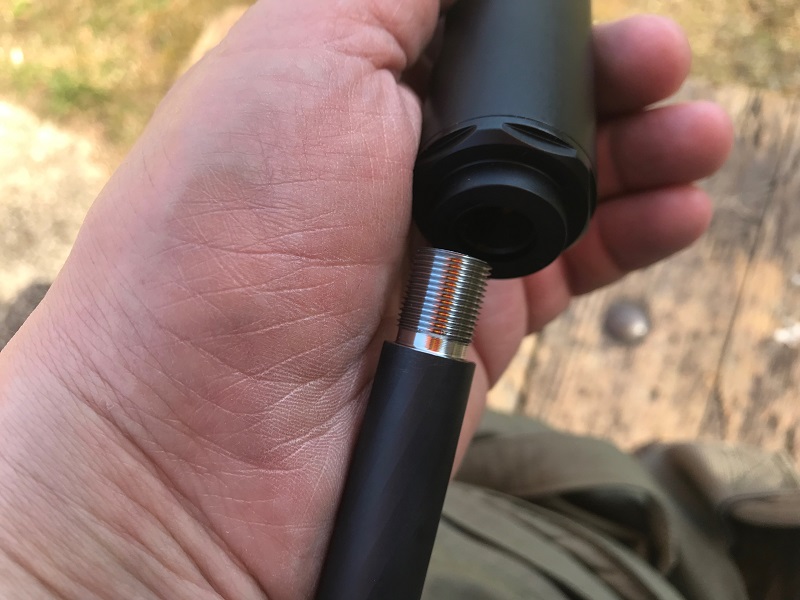 It is simply screwed onto the muzzle thread at the front. Well not that easy. Of course you have to have a thread on the barrel and then of course the threads should also fit together. The devil is in the details. Here is a 1/2 ″ x 28 UNEF thread for those who want to know exactly. If you need help with the purchase: Storesafepeople has professional advice. 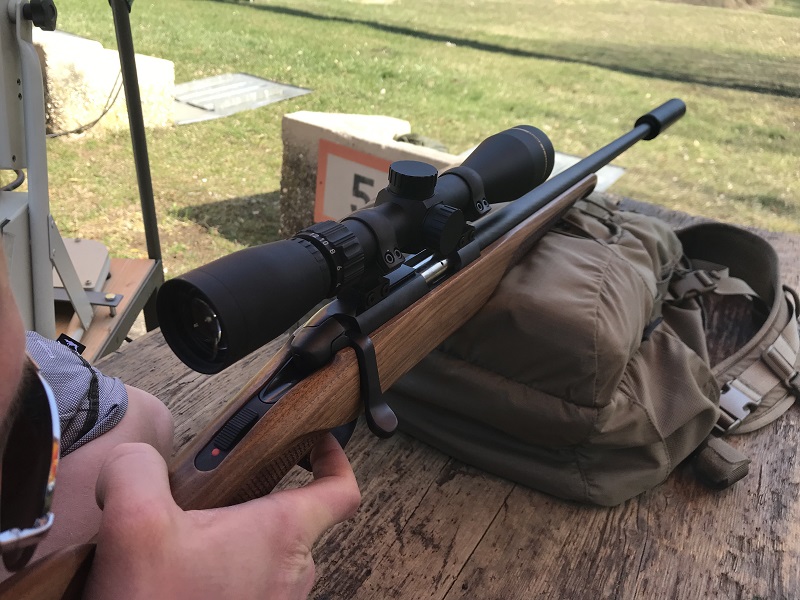 A few turns later we are ready to fire again. The PENG from before becomes a barely perceptible BLOPP. Small caliber can really get extremely quiet. From a distance of 50m we hardly heard it anymore, even without hearing protection, and we didn't think it was a shot. So your hearing is safe even without ear plugs. 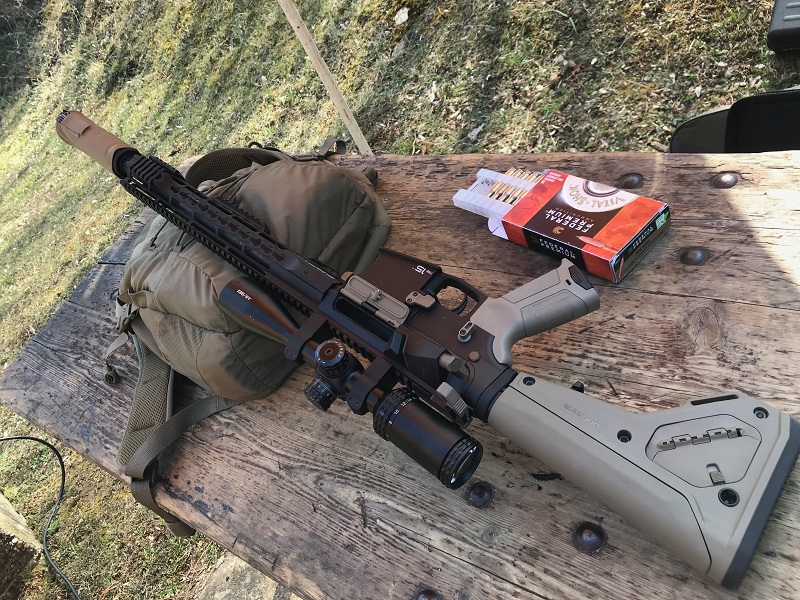 On to the next larger caliber, although the increase from .22 to .223 is actually not very much. The decisive factor here is the much larger amount of powder per cartridge and a different projectile. 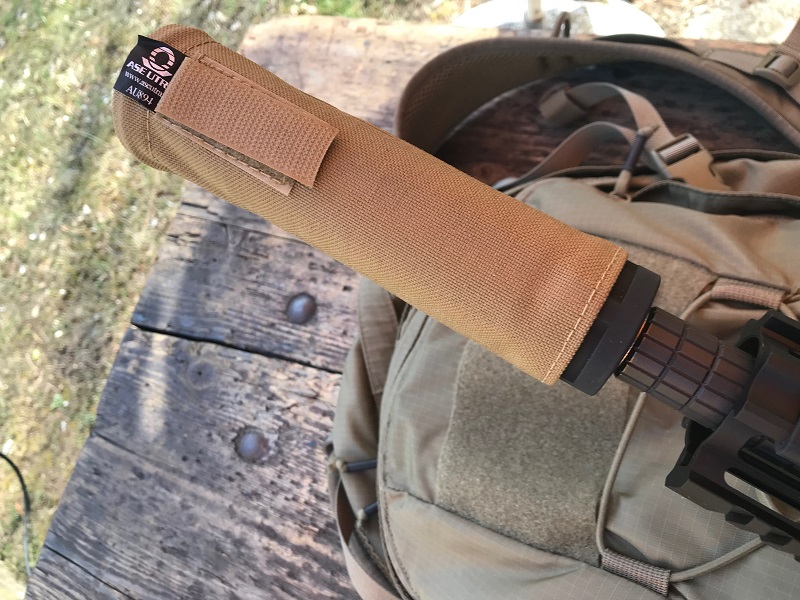 A silencer from Ase Utra from Finland is hidden under the protective cover. 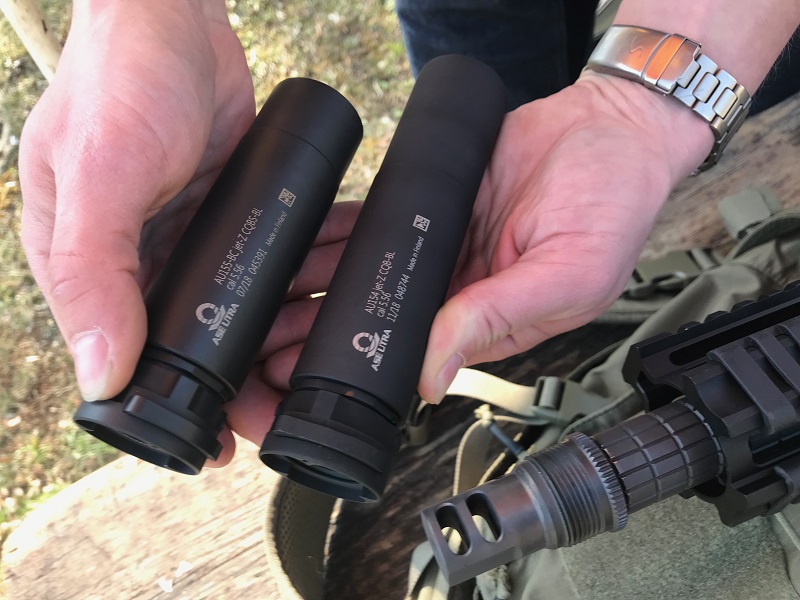 What's better than a Schalli? Right, two. Here you can see Jetz-Z CQB and CQBS, the "S" stands for short. These silencers are made of steel and weigh between 410 and just under 500 g and extend your bang stick by 125 or 96 millimeters. 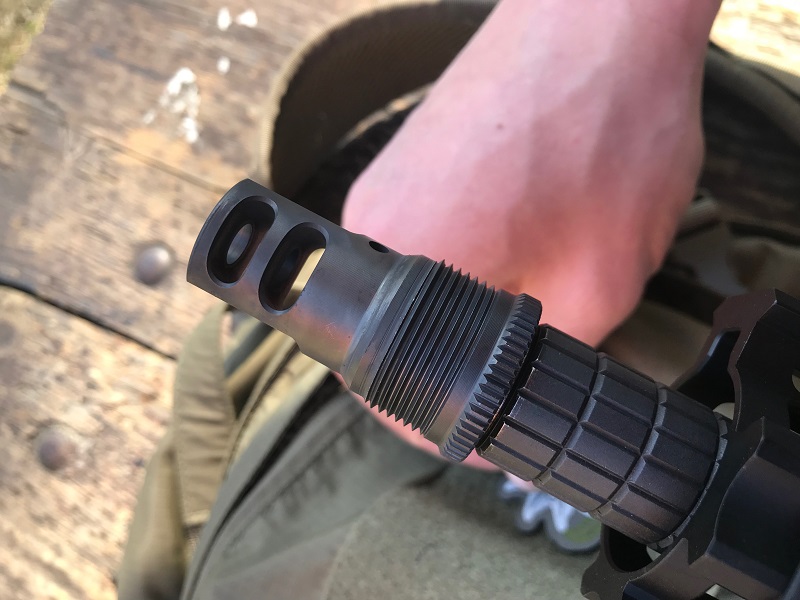 So that you get the “cans” - English nickname for Schallis is “can” - on the rifle, in our case an AR15 from Hera, it has been equipped with an Ase Utra Bore Lock muzzle brake. 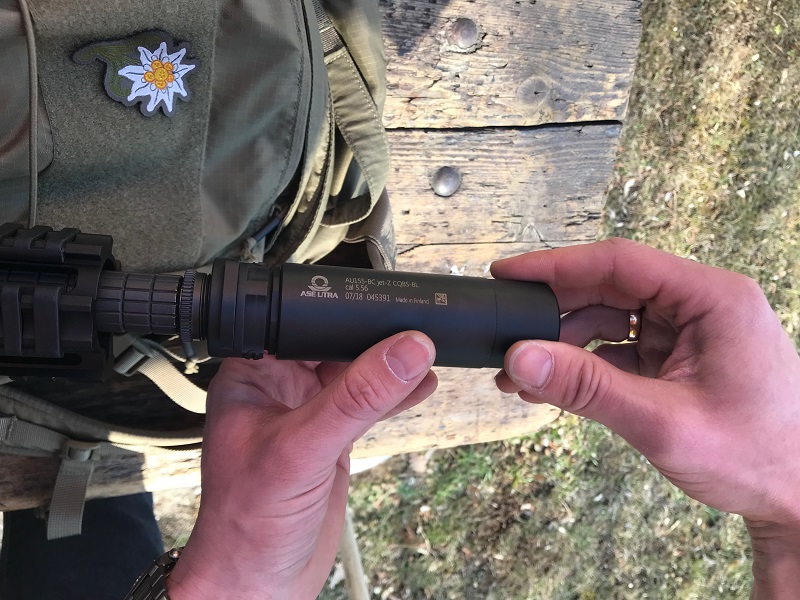 To assemble, simply screw a little, then activate the lock and you are ready to fire your shots by around 30 dB quieter. 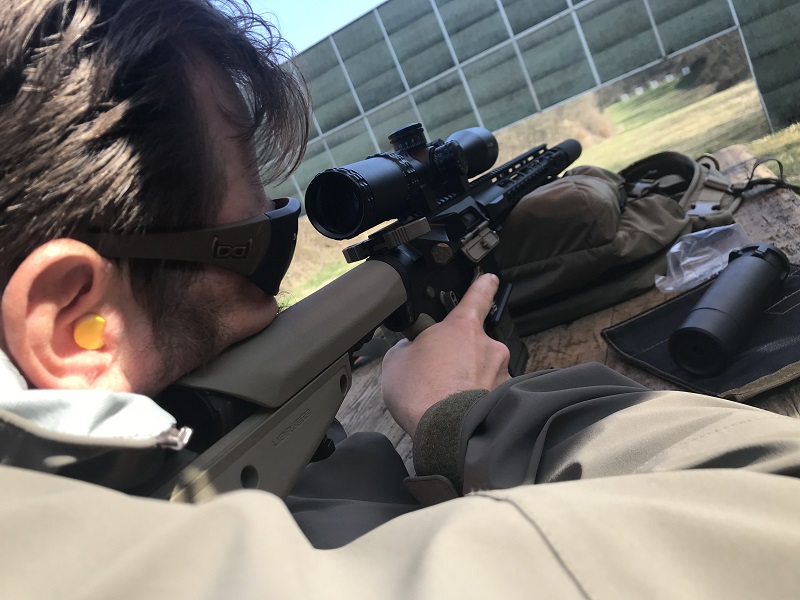 With the 5.56 caliber, a noticeable reduction in the sound of the shot is perceptible, but quiet is different. From 150dB down to 120 db, almost like on the highway. As previously written, we are now roughly at the sound level of an undamped small-bore rifle. Above all, the peeling damper takes the highs out of the bang, which is much more pleasant for the ear to endure.

The military term “suppressor” also indicates that the muzzle flash is suppressed and, together with the distorted sound, the position of the shooter is not revealed - but that is not so important for hunters. 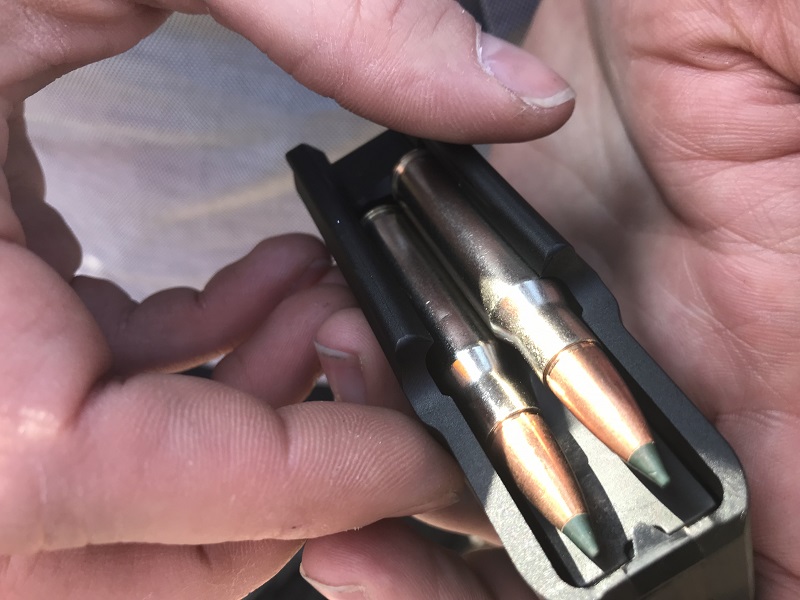 And on it goes with .308, a very classic and widespread hunting caliber. 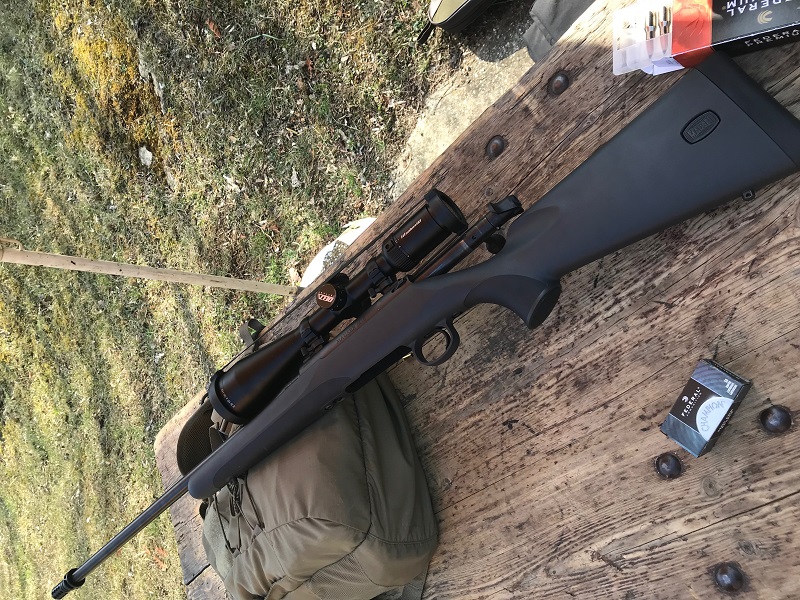 A Mauser M18 serves as the test object. At the muzzle a Klymax KFL muzzle brake with quick coupling adapter for the Skadi silencer. Klymax is a company from the mountainous Tyrol. 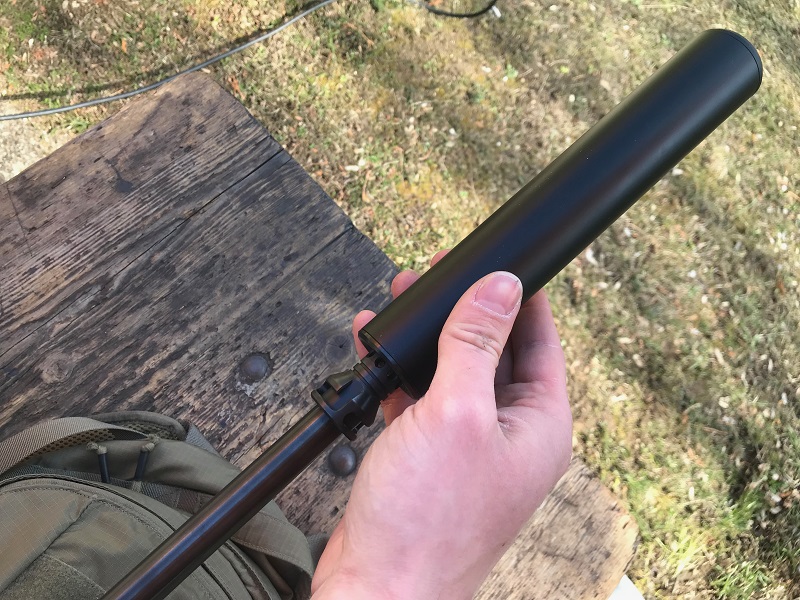 The 22.4 cm long Skadi silencer is simply pushed on and rotated by 90 °. A classic bayonet lock. 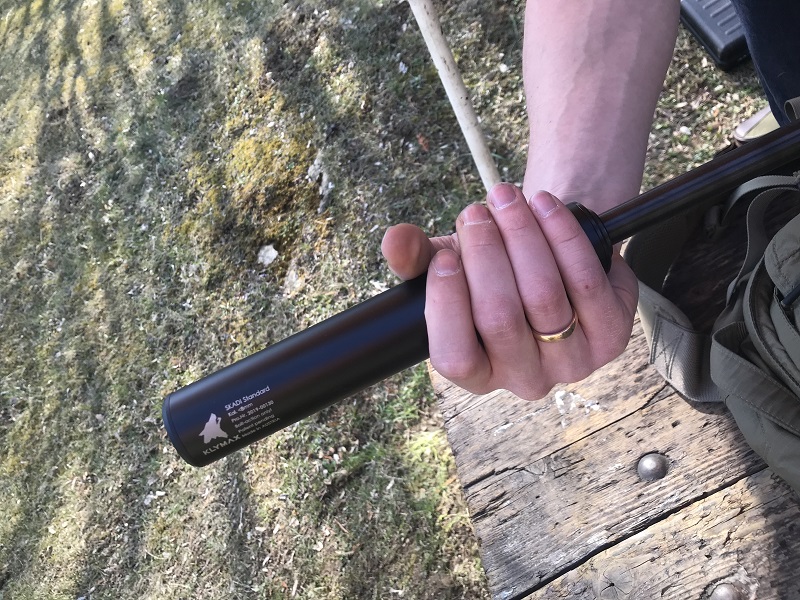 Everything is ready to fire. A simple design but very effective. The almost 400g more mass is very noticeable at the end of the long run when handling the weapon. But shooting is hung up. 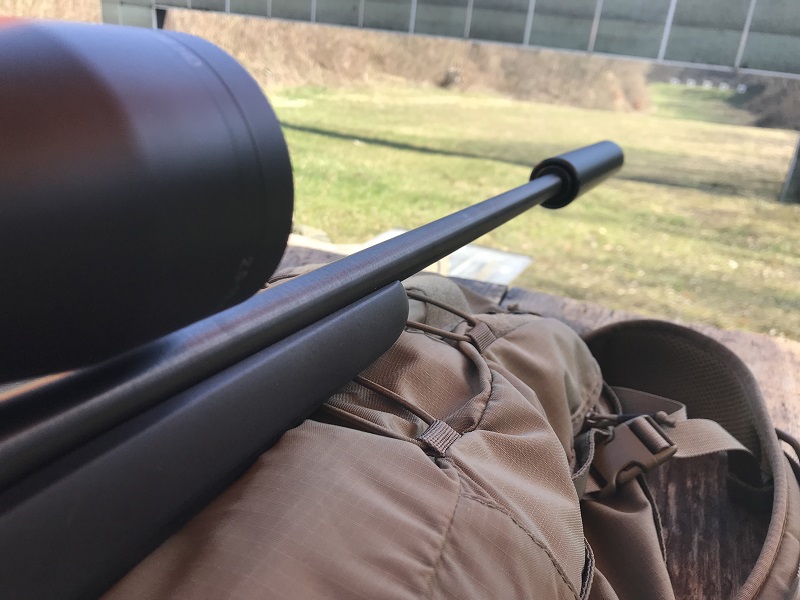 "BUMM" - but noticeably quieter than without a silencer, according to the manufacturer 28 - 33 dB quieter. That still turns 150 dB into a loud 120 dB. We are still in the harmful volume range, but quieter. 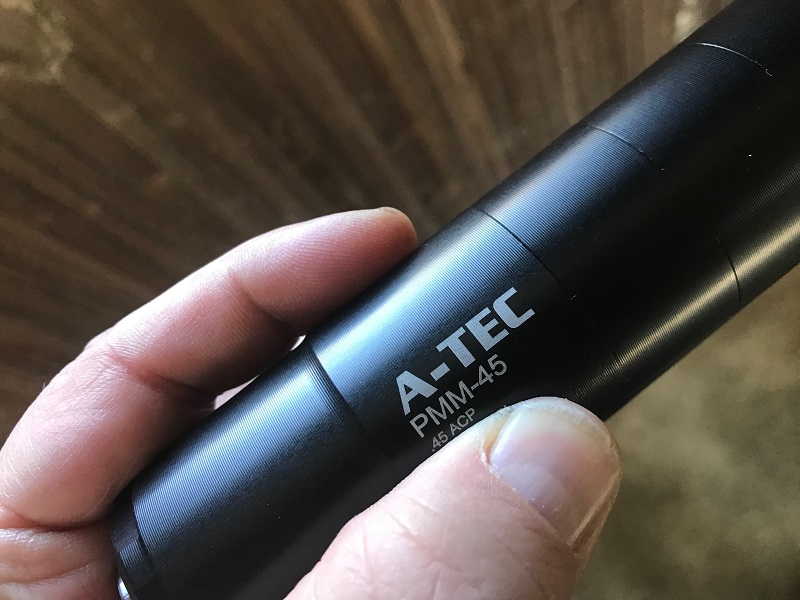 Finally something from A-TEC, a .45 ACP silencer for pistols. Surprisingly the second longest of the day at 209 mm.

This Schalli can be adjusted in its insulation performance and, above all, the weight (267 g at full length) by adding or removing chambers. Pistols usually have to tilt the barrel in order to carry out the loading process and it can happen that the repeating process does not run completely clean if the silencer is too heavy. 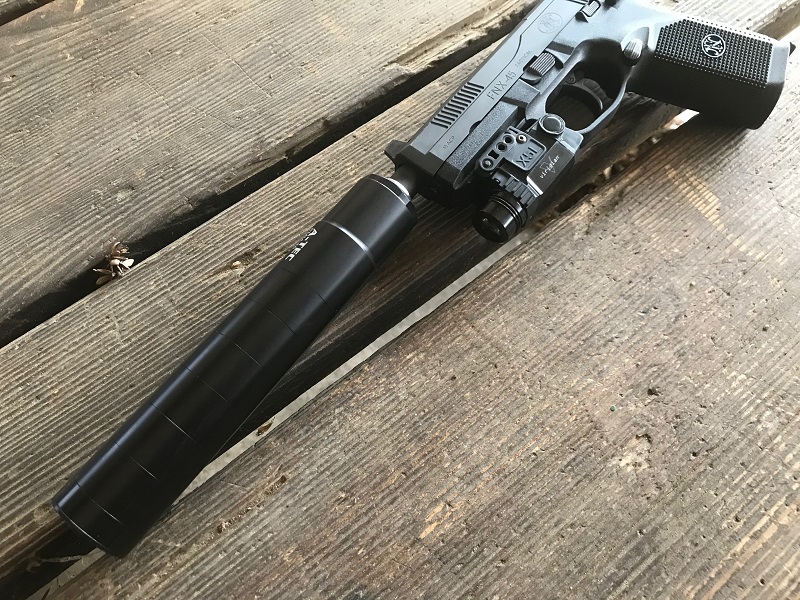 The PMM-45 on an FNX-45. The expression hand-held artillery takes on a whole new meaning.

Ase Utra on the Internet: www.aseutra.fi

You can get all of these beautiful silencers with professional advice at STORESAFEPEOPLE: www.storesafepeople.com