What is ISZ instruction in 8085

Thanks to you and the board that arrived yesterday, I got mine set up yesterday afternoon. Soldering wasn't a problem, even if the board is already quite tight.

I then cooked around for a few hours to flash the Atmel 32A with my USBasp programmer.

Bootloader was not the problem via WIN10 and Arduino IDE. I got it on top.

Only uploading the sketch for the IOS didn't work. Had given the programmer some time and bought it in 2018 ... that is China stuff.

AVRdude then complained about the firmware, so I tried to update it ... in the end I didn't succeed. After soldering bridges etc. (following instructions from the network) the computer / AVRdude did not recognize the Atmega 8 on the programmer ....

Hours later rummaged out the breadboard and Arduino Uno, plugged the Atmega 32A with the base onto the breadboard, wired everything and then flashed the sketch via the Uno. That went without any problems.

This morning the board was then fully equipped with ICs and operated without SD card and RTC, that was also done via Putty ... luckily the two memory modules that I had ordered with China snail mail arrived on Thursday. 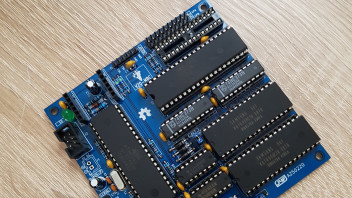 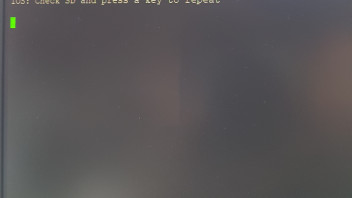 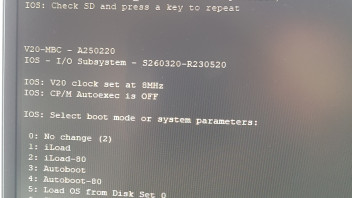 but currently have no time to continue testing.